Following Snowden’s appearance on Dotcom’s flopped ‘moment of truth’ there can be no New Zealander who is not aware that their every electronic communication is open to Big Daddy’s eavesdropping. However, I have noticed that by no means all New Zealanders seem to consider that Snowden, by his revelations, has done them a particular favour. Their position, that I have heard expressed repeatedly, is that as they are not villains, they have nothing to hide from public view and nothing to fear should someone listen in on their private communications.

I have felt deeply worried about this attitude, but not been able to put my finger on the valid counter argument that I felt must exist. I remember at boarding school it was considered exceptionally wrong to read another boy’s letters from home. I was brought up to believe that everyone was entitled to their privacy.  In my search for an answer to the question, it was a no brainer to go to Glenn Greenwald, who has done so much to amplify Snowden’s whistleblowing. Glenn clearly considers this a matter of importance. A Google search brought me to this twenty minute video clip of Glenn addressing an audience in Rio de Janeiro. It explained to me the reasons for my unease in an impressively articulate fashion. 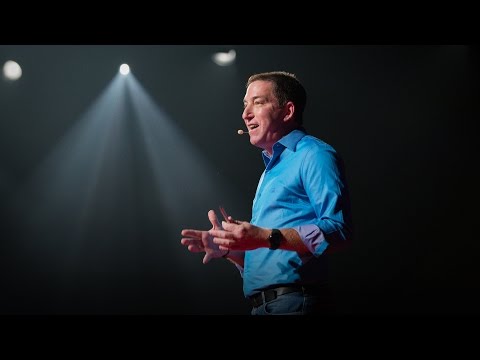 For those who cannot spare the time to watch the full twenty minutes, here is a brief summary of Glenn’s arguments:

·         Glenn quotes from Orwell’s dystopia 1984 “There was, of course, no way of knowing whether you were being watched at any given moment.” He went on to say, “At any rate, they could plug in your wire whenever they wanted to. You had to live, did live, from habit that became instinct, in the assumption that every sound you made was overheard and except in darkness every movement scrutinized.”

·        “ a society in which people can be monitored at all times is a society that breeds conformity and obedience and submission, which is why every tyrant, the most overt to the most subtle, craves that system. Conversely, even more importantly, it is a realm of privacy, the ability to go somewhere, where we can think and reason and interact and speak without the judgmental eyes of others being cast upon us, in which creativity and exploration and dissent exclusively reside, and that is the reason why, when we allow a society to exist in which we’re subject to constant monitoring, we allow the essence of human freedom to be severely crippled.”

·         For most citizens terrorism and crime are the obvious reasons for mass surveillance. Those who actually hold power have a much broader view of what activities are undesirable; any activism or expression of dissent that could lead to a reduction in their power!
·         An individual may for the time being, having no desire to object to those who wield power in society, feel unthreatened by mass surveillance. However, that is for the present. No one can say for certain that in the future they will not be faced with decisions from the powerful that they will wish to dispute, but by having now compliantly accepted the system, will then find that they must succumb to it.


Something to add? Please leave a comment in the box below